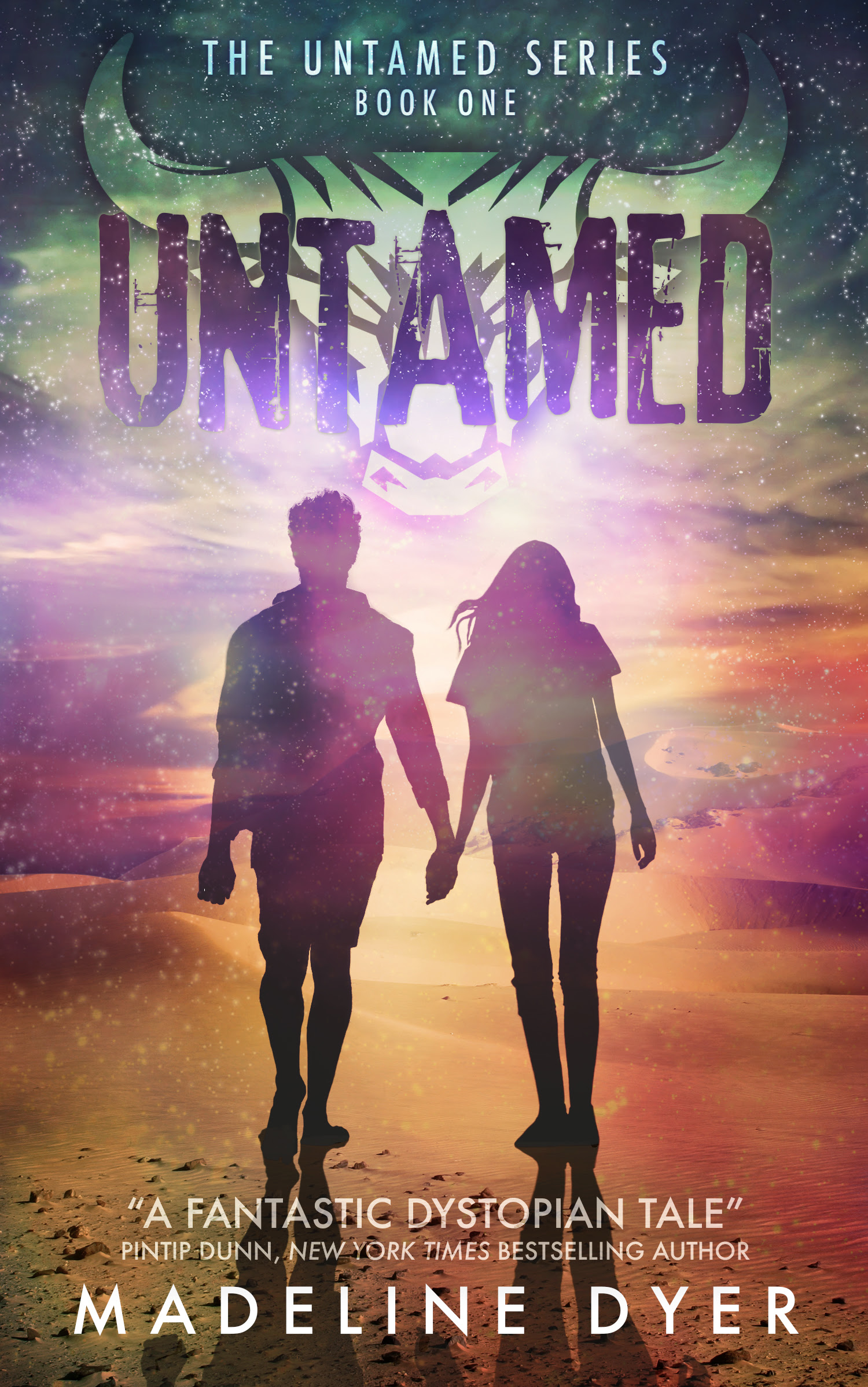 In case you haven’t heard, Madeline Dyer’s publisher is closing and the rights for Untamed have reverted back to her. She is now in the process of independently releasing a second edition (the only changes are the ISBN, cover, interior design, and that book one will no longer have the opening chapter of book two printed at the end–the actual story itself is the same and unchanged).

“A fantastic dystopian tale. Highly recommended for fans of strong heroines and intriguing sci-fi worlds.”
-Pintip Dunn, New York Times bestselling author of the Forget Tomorrow series
As one of the last Untamed humans left in the world, Seven’s life has always been controlled by tight rules. Stay away from the Enhanced. Don’t question your leader. And, most importantly, never switch sides–because once you’re Enhanced there’s no going back. Even if you have become the perfect human being.
But after a disastrous raid on an Enhanced city, Seven soon finds herself in her enemy’s power. Realizing it’s only a matter of time before she too develops a taste for the chemical augmenters responsible for the erosion of humanity, Seven knows she must act quickly if she’s to escape and save her family from the same fate.
Yet, as one of the most powerful Seers that the Untamed and Enhanced have ever known, Seven quickly discovers that she alone holds the key to the survival of only one race. But things aren’t clear-cut anymore, and with Seven now questioning the very beliefs she was raised on, she knows she has an important choice to make. One that has two very different outcomes.
Seven must choose wisely whose side she joins, for the War of Humanity is underway, and Death never takes kindly to traitors.
Thrilling reading,