A girl discovers a family secret and a past full of magic that could both save her and put her in mortal danger in this suspenseful novel that’s perfect for fans of Katie Alender and Natasha Preston.

All sixteen-year-old Heather MacNair wants is to feel normal, to shed the intense paranoia she’s worn all year like a scratchy sweater. After her compulsion to self-harm came to light, Heather was kept under her doctor’s watchful eye. Her family thinks she’s better—and there’s nothing she wants more than for that to be true. She still can’t believe she’s allowed to spend her summer vacation as she always does: at her aunt’s home in Scotland, where she has lots of happy memories. Far away from all her problems save one: she can’t stop carving the Celtic knot that haunts her dreams into her skin.

Good friends and boys with Scottish accents can cure almost anything…except nightmares. Heather can’t stop dreaming about two sisters from centuries ago, twins Prudence and Primrose, who somehow seem tied to her own life. Their presence lurks just beneath the surface of her consciousness, sending ripples through what should be a peaceful summer. The twins might hold the key to putting Heather’s soul at rest…or they could slice her future deeper than any knife.

+++Contains what may be considered triggers for graphic self-mutilation/cutting

It’s taken me a while to write this review because I still tilt my head and squint at this book. It’s not at all what I expected. It feels like a bunch of ideas mashed up together and flattened to make a solid picture, but really it’s a Monet close up. Good grief, I’m rambling. Simply, a whole slew of story arcs and ideas are strewn together and they don’t quite fit. It feels messy and random. I honestly have no idea how it went from something so serious and heartbreaking like self-mutilation/harm to compulsive blood magic but alright. I’m perplexed. Not to say that this wasn’t an enjoyable read. It absolutely was.

The book begins with Heather, who is recovering after being committed for cutting. She is granted permission to go on her annual summer trip to Scotland and the majority of the story takes place there. What I liked about Heather’s story and this book in general, was the descriptive and emotionally compelling exploration of what Heather feels when she gets the urge to cut. Her struggle to understand why she harms herself, her fear, her shame, and her desperation to hide it from even her closest friends. Getting into her head space was enlightening and helped to understand the many motivations and reasoning behind self-harm.

What threw me for a loop was the dreams/visions. There’s this ghostly, haunting vibe which is pretty cool and carries throughout. But if you’re like me, you’ll spend the entire book trying to figure out what this has to do with anything. And then the witchcraft happens. I just…I feel like the author couldn’t decide on what she wanted this book to be. Or maybe this was the plan all along, it’s not as seamless as it could be, it’s jumbled and flips from one thing to another. Then throw romance in there.

To say some scenes are jarring would be an understatement. Sometimes they’re downright insane. Like out of your mind, how could you ever think that was a good idea, crazy. You might feel the urge to scream at the book or avert your eyes. Plus, vague-booking here, but NO THAT IS NO WAY EVER FORGIVABLE. Not even remotely.

The romance is dreamy. In some ways, I feel like had this book been about Heather’s self-harm and the romance, or just one or the other, it would have been more engaging. Heather and Robby are playful and flirty. They’re discovering attraction when before they only saw each other as friends. It’s sweet and Robby makes the cutest little songs on the spot. He’s seriously adorable. And the kilt.

Primrose and Prudence’s story, when you get to it, it awesome. It’s full of revenge, jealously, heartbreak, and the worst betrayals. I wish there had been more of that.

Overall, this was an interesting read. 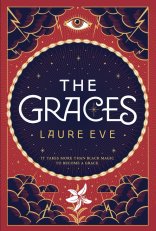 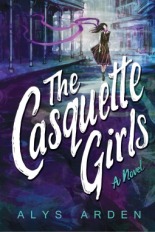 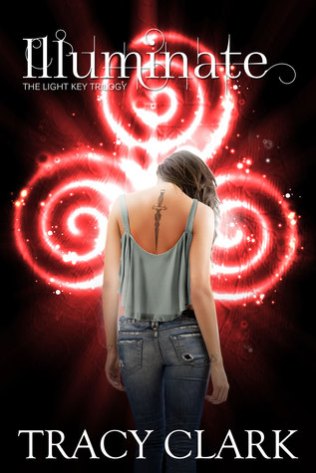