A note from Lyssa: I am happy to announce that I will be part of Paige Tyler’s Dallas Fire & Rescue Kindle World! My book, Perfect Match, will debut May 11 with some amazing authors that are contributing to the Kindle World, too. If you love firefighters, and I know you do, then you’ll love this Kindle World. Not to mention some of your favorite firefighters from Love is a Fire and Burst Into Flame *might* make an appearance…

New to FDNY Engine 58, proby Paul Jefferson has no idea the expectations that the firefighters before him have set. He walks into his new job with an arrogance that’s sure to land him proby duty for the rest of his days but he has the professional skills to back his attitude. Loving every minute of his time with fire, Paul struggles to find his place in the FDNY brotherhood. Outside of the station, a true playboy at heart, he has no issues making connections, but there’s only one girl that holds his heart.

Paramedic Mariana Barbosa is new to the big city. Luckily, her path crosses with Paul Jefferson shortly after accepting her new position. The two instantly connect and become the best of roommates… or something like that. Behind closed doors, the two are the perfect couple without crossing any lines because Mariana is too afraid to risk their living situation to pursue what her heart is telling her she feels.

When Mariana feels betrayed by Paul, she jumps on the opportunity to date the handsome, good guy from work. Paul isn’t a fan of Mariana’s new boyfriend and starts to slack with Engine 58. Things don’t go as expected with Mariana’s new boyfriend and after she uses Paul to cover her issues, she pushes him further away until it may be too late for either of them to admit their true feelings. 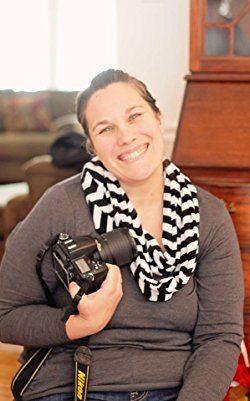 Lyssa Layne is first, and foremost, the proud momma to her precious daughter, AR. In addition to working full-time and being a mommy to AR, she is also an avid St. Louis Cardinals fan, a runner, blogger, and an infertility survivor.

Having watched one too many medical dramas and being inspired by author Rachelle Ayala, who introduced her to the world of indie writing, Lyssa decided to try her hand at writing a romance story. Her attempt turned into the Burning Lovesick series. You can find Lyssa’s own interests throughout her stories although all stories are fictional.