From the backyards of suburban Florida to the parched desert of New Mexico, Because of the Sun explores the complexity of family, the saving grace of friendship, and the healing that can begin when the truth is brought to light.

Dani Falls learned to tolerate her existence in suburban Florida with her brash and seemingly unloving mother by embracing the philosophy Why care? It will only hurt. So when her mother is killed in a sudden and violent manner, Dani goes into an even deeper protection mode, total numbness. It’s the only way she can go on.

But when Dani chooses The Stranger by Albert Camus as summer reading for school, it feels like fate. The main character’s alienation after his mother’s death mirrors her own.

Dani’s life is thrown into further turmoil when she is sent to New Mexico to live with an aunt she never knew she had. The awkwardness between them is palpable. To escape, Dani takes long walks in the merciless heat. One day, she meets Paulo, who understands how much Dani is hurting. Although she is hesitant at first, a mutual trust and affection develop between Dani and Paulo, and Dani begins to heal. And as she and her aunt begin to connect, Dani learns about her mother’s past. Forgiving isn’t easy, but maybe it’s the only way to move forward.

This book is weird.

This is probably one of the most bizarre and strange interpretations of loss I’ve ever encountered. It’s weird in a way that makes you uncomfortable and raise your eyebrows straight into your hairline. I don’t think I’ve ever read a more awkward character. Dani is perplexing, puzzling, and you kind of can’t look away from the mess.

The story is unexpected and surreal. It’s something that could happen, sure, but the odds…slim. This reads like an out of body experience. Dani is disconnected, so lost in her thoughts that it’s borderline hallucinogenic. Add her aloof nature, disconnect with her emotions, and the fact that she believes a bear is stalking her. The whole thing is all sorts of trippy.

For most of the book, Dani mirrors the main character from Albert Camus’ The Stranger. P.S., if you haven’t read The Stranger and you plan on it, this book totally destroys the ending. I wish the main character would have said spoiler alert or something because once you see it, you can’t forget. She’s trying to process her mother’s death but is so far removed that she wanders around, out of touch with reality. What’s so important and different about this book is that it deals with a kind of loss that isn’t really talked about-how to deal with the death of someone you strongly disliked or even hated.

Dani’s relationship with her mother is complex. She harbors a ton of resentment, doubt, self loathing, and hatred towards her mother. Dani’s mother was verbally abusive, she made her feel small, like she was useless, a burden, and even her existence annoyed her mother. How do you feel when the person who made you feel that way dies in a horrific way? And if that person is your mother? No matter how much negativity Dani felt, she was still her mother. Dani struggles to sort through her feelings. The guilt of feeling a kind of relief that she’s gone, the loss, the anger, the things she never got to say. All of these chaotic thoughts and emotions plague her to the point that functioning like a normal person is almost impossible. This was eye-opening. So many times we see positive relationships between the protagonist and the person they lost, this was something else.

Not much happens in the story. Dani is just trying to flail through life. No purpose, just time passing. Disconnected. Then there’s a random switch in POV that is enlightening and jarring. We get to see how Dani’s mom became the vile, but misunderstood woman she was. Nothing is ever what it seems. There’s so much we don’t know about our parents.

There’s a subtle layer of commentary on perception of Mexican Americans, of people who live near the border, and the kind of prejudice they face. That was poignant, but subtle.

The romance was…I mean…it wasn’t sexy, there wasn’t a bunch of tension or even chemistry. It was a choice and I liked that a lot. It’s way different and more refreshing than the constant instalove-even if that element is there to an extent. They listen to each other, the become friends, they help each other cope, and the make the decision to be something more.

Pacing is slow. Dani isn’t exactly likable and she knows it. She makes herself that way. For much of the book, it’s hard to like her, but she’ll grow on you. If you’re looking for something odd and like contemporary, I’d try this one on for size. 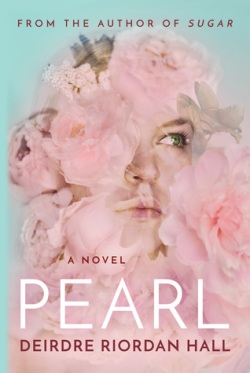 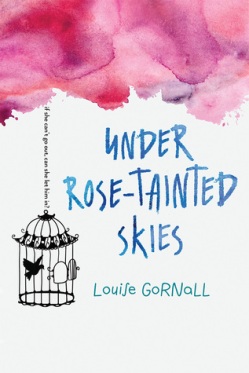 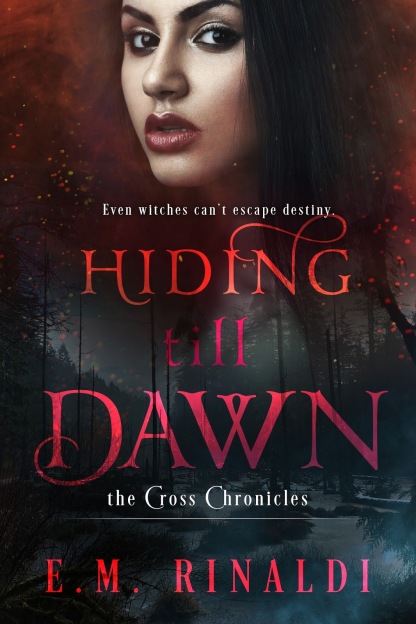 Destiny is unrelenting. It will come for you, and when it does there is no escaping it; something Casey knows firsthand. On the run from the dean and his ever loyal Imperial Guardians; Casey, Cedric, and Falon must put their trust in the most unlikely of allies. Their search for help will lead them across the country, into enemy territories and mystical kingdoms alike.
With a prophecy over her head, it is ultimately up to Casey to bring her world back to order. But for that to happen, the corrupted officials who govern her world must be stopped. New friends and old will align to bring back the peace, by force if necessary. And first on their list? The dean.
Casey hasn’t forgotten the torment she suffered at his hand, and the nightmares are far from over. Can she eradicate this threat and help save her world? Or will she fall to the pressure of her fate?

Facebook/Goodreads//Twitter/Amazon
E.M. Rinaldi lives in Charlotte, North Carolina with her boyfriend, Milz, and their slightly psychotic pup, Boone. By day she is a Registered Radiologic Technologist taking pictures of mangled bones and by night she writes about all the bizarre situations her characters get themselves into while she was away. She is a Second Degree Blackbelt and can’t write a story without at least one fight scene in it.
When she’s not writing, or trapped at work, E.M. likes to read (obsessively), clear her DVR, and have all night Buffy marathons with her friends, complete with cookies and cinnamon rolls.
Her love for writing stems from an early age where she would create stories on an old computer program and force anyone within grabbing distance to read them. Not much has changed; be warned: stay out of grabbing distance.
Evading the Dark is her debut novel and the first of The Cross Chronicles.
Fantastic reading,