There never was a story that was happy through and through.

When writer Arthur Ransome leaves his home in England and moves to Russia to work as a journalist, it is with little idea of the violent revolution about to erupt. Unwittingly, he finds himself at its center, tapped by the British to report back on the Bolsheviks even as he becomes dangerously romantically entangled with revolutionary leader Trotsky’s personal secretary. Both sides seek to use Arthur for their own purposes…and, as he struggles to find autonomy, both sides grow to suspect him of being a double agent. Arthur wants only to elope far from the conflict with his beloved. But when he attempts to extract himself and Evgenia from the complicated politics and politicians that he fears will lead them both to their deaths, the decisions he faces are the most dangerous and difficult of his life.

For the life of me, I’m always puzzled how Marcus Sedgwick’s books are classified as YA. I’ve only read two or three, but every single time I’m more perplexed. But I digress…I had an extremely hard time rating this book; this is probably the most difficult time I’ve had putting a star average on a book for a variety of reasons. For those of you who don’t know (I’ve shared some information about myself and if you’ve read the bio on here this will come as no surprise) I’m technically what would be considered a Russian historian/analyst/policy expert. Yes, insane right? If I see anything even remotely related to Russia, the Balkans, the Baltic region, or historical interactions/culture, I latch on.

When I began this book, I was immediately transported back to the time of Bolsheviks and fairy tales (if you haven’t read Russian or Slavic fairy tales, seriously get on it and I’ll have a review coming for you in November on a Russian YA retelling). The story begins in that ultra precise and whimsical way most Russian tales do, in the vein of Tolstoy. The prospects are bleak, the chance of a happy ever after slim, but there’s an air of magic and anticipation that will capture your attention, if not your heart.

The introduction to the story is fantastic. The smoky, enchanting mood of a fairy tale told by the comfort of a warm fire, and at the bedside of a loved one is there in full force. The tale of the grandfather and two children in a cabin the woods, the bear on the prowl, the metaphors and analogies. It’s beautiful, dark, twisted, everything you could ever want in a fairy tale.

And then the shift happens. The structure is interesting. Facilitating a historical retelling through folk framing was intriguing and definitely livened up the atmosphere, but then a hyper realistic but super boring journalist protagonist comes in. Arthur Ransome may be based on a historical figure and in the mix of truly astounding and world-changing historical events, but that certainly doesn’t make him interesting. For the life of me, I couldn’t invest in him. I was bored out of my mind with his narrative. Despite the dangers of his interactions with the Bolshevik leaders, working as a spy, traveling through Russia in this time of peril, the anxiety, the fear, the TRAUMA of the Cheka (чрезвыча́йная коми́ссия) was absent. There were a few scenes that seemed on the border of becoming the dark and sadistic reality that was Russia at the time, but then they disappeared. It’s possible that some imagery was tamed for the YA audience but it’s just not real.

The romance was secondary and while Arthur placed a huge importance on this romance, it was hardly romantic.

The portrayals of Lenin and Trotsky were lively and gripping, but lacked the forboding that normally accompanied interactions. The paranoia and terror were high at this point and meeting with Bolshevik heads was not something taken lightly and this just read so nonchalant. I tried to step away from my academic background for this review and to solely critique as a YA reader, hopefully that worked.

RASPUTIN. YES. This was perfect. The legendary man was grotesque, creepy, and made so much larger than life than he actually was. These scenes are AMAZING.

I was also disappointed by the Romanov slaughter.

I absolutely adore this cover. It’s breathtaking and mysterious and gloomy. 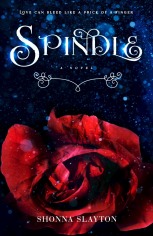 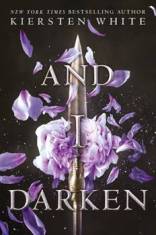 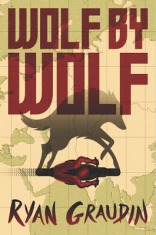