One night that changed everything.

Sophie Evans is sure about one thing: she’s a normal teenage girl. Until one night her life is turned upside down.

Attacked in her own apartment and saved by two handsome strangers, she’s thrown into a whole new world. Suddenly dealing with powers she knows nothing about and having half-truths thrown at her from every direction, she realizes that the definition of normal might not fit her after all.

When Sophie is told that she has to fight in a matter of life and death, she’s left wondering what chance does she really have? And how can she be the only hope of a race she never even knew existed?

Can Sophie fight the odds stacked against her, or will she lose herself in the process? 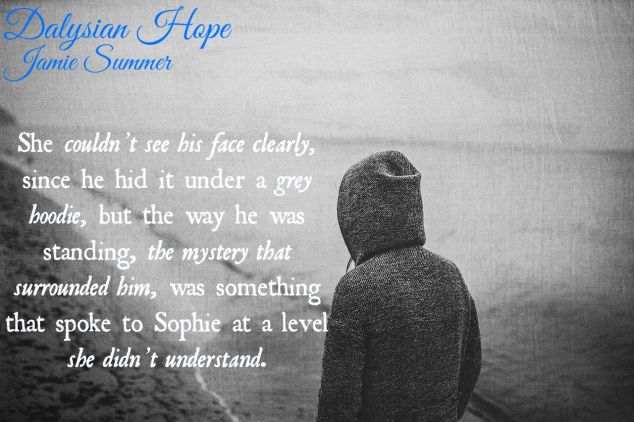 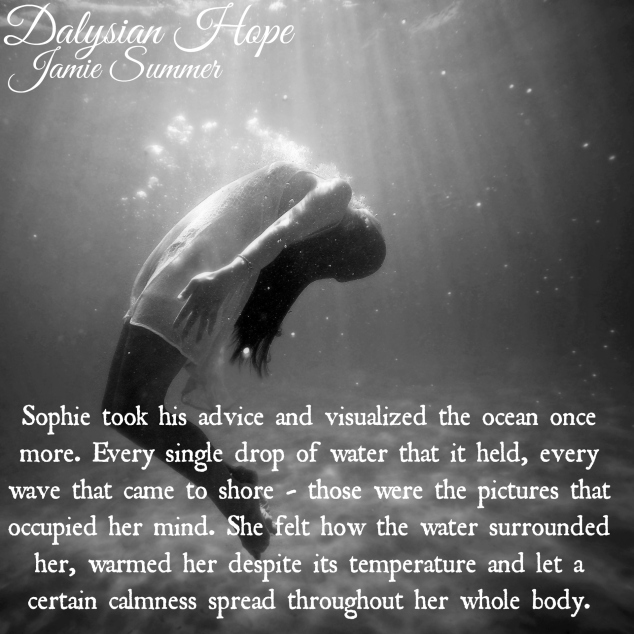 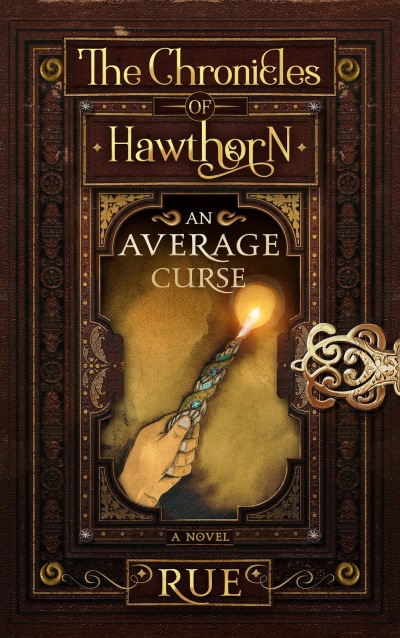 On an island hidden from the rest of the world, Flynn Hawthorn, the ninth daughter of the ninth daughter, lives under a curse.
Her birth fulfills an ancient prophecy. She is destined to inherit the wand of the High Priestess and save her people by reuniting the separated halves of The Book of Shadow and Light.
But in a land filled with magick, Flynn is forced to live her life as a Watcher—born into magick, but unable to wield it.
As the threat from the Shadow Coven of Southeil grows, Flynn must pretend—with the help of her best friend, Hazel—that she actually has magick. Hazel would do anything for Flynn, but the game they are playing may cost them their lives… 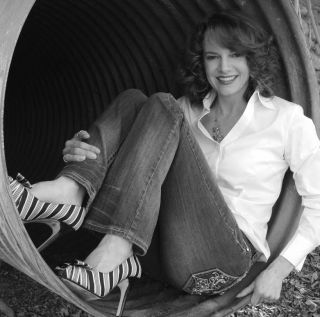 FACEBOOK/WEBSITE/TWITTER/GOODREADS
Rue is a 2015 & 2016 IPPY Award Winner; 2016 National Indie Excellence Finalist and in her limited spare time, she reads voraciously. Her love of the written word led to the pursuit of a B.A. in Journalism from Pepperdine University in California and a lifelong passion for writing. Her respect for indigenous cultures, oral traditions, and the seasonal magick of nature inevitably brought her work to the world of fantasy. The story of Flynn Hawthorn has been part of her heart and imagination for nearly a decade.

When Alexandria Ray’s romance series becomes an overnight sensation, the world and its demands close in on her. After years of struggling to maintain the pace her publisher, agent and the world expects, she needs a break. Enrolling as a student at Columbia University is step one to finding herself again. Finding Arsen Daniel was not on her list.
Arsen Daniel, along with his best friend, built an empire in the form of an exclusive, psychology-based dating service. When an old friend invites him to teach a course at Columbia, he accepts. The course? The Psychology of Love.  Sounds simple enough and the publicity alone will make it worth his time.
Arsen didn’t expect to meet his match in the form of a sarcastic blonde, hell bent on holding to her belief that true love doesn’t actually exist. After all, what woman, especially a world-renowned romance writer, doesn’t believe in happily ever after?
Something in Alexandria’s eyes tortures him. She reminds him of someone from his past and that is a very bad thing. 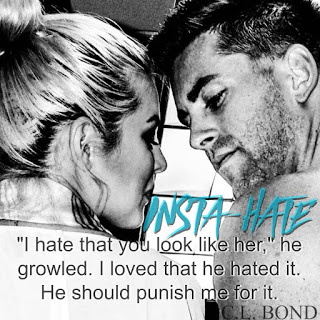 Award-winning author Casey L. Bond resides in Milton, West Virginia with her husband and their two beautiful daughters. When she’s not busy being a domestic goddess and chasing her baby girls, she loves to write young adult and new adult fiction.

“Do you want to grab a seat for a few minutes?” he asked.
I looked around and the place was mostly deserted. “Sure.” We settled in two comfortable padded chairs. “For the record, I don’t want to do any of the things Jillian has planned.”
He smiled. “How else do you plan to prove your point?”
“My point will be easily proven. Love doesn’t exist.” I stared at his lips. The bottom was slightly plumper than the top. His blue dress shirt was rolled to the elbows. And his forearms were toned. Damn it. Why should men have forearms like that? Why? They flexed when he raised his cup to his lips, and then flexed again when he sat it back onto the table.
“Why would any woman want that to be true?” he challenged, one brow arching up.
“I don’t want it to be true, it just is.”
His eyes narrowed and he crossed his arms over his chest. “How do you know? Forget the assignment, forget proving a hypothesis and this damn paper. How do you know? Why do you think that?”
I swallowed. “Because if I’ve ever felt it, I don’t remember it.” His brows furrowed and he parted his lips to say something, but never did. What could anyone say to that?
Romantic reading, 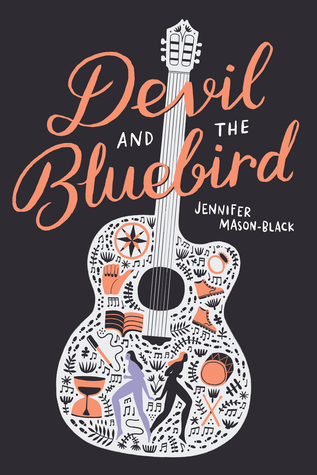 “Devil-at-the-crossroads” folklore finds its way to YA via this moody, magical tale

Blue Riley has wrestled with her own demons ever since the loss of her mother to cancer. But when she encounters a beautiful devil at her town crossroads, it’s her runaway sister’s soul she fights to save. The devil steals Blue’s voice—inherited from her musically gifted mother—in exchange for a single shot at finding Cass.

Armed with her mother’s guitar, a knapsack of cherished mementos, and a pair of magical boots, Blue journeys west in search of her sister. When the devil changes the terms of their deal, Blue must reevaluate her understanding of good and evil and open herself to finding family in unexpected places.

In Devil and the Bluebird, Jennifer Mason-Black delivers a heart-wrenching depiction of loss and hope. 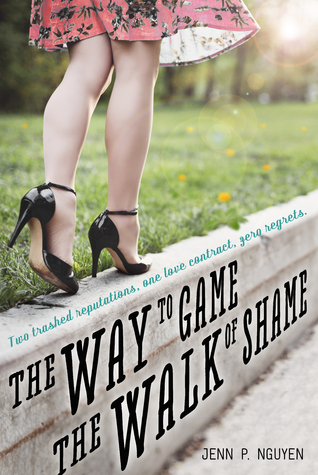 Things were hard enough when her single-minded dedication to her studies earned her the reputation of being an Ice Queen, but after getting drunk at a party and waking up next to bad boy surfer Evan McKinley, the entire school seems intent on tearing Taylor down with mockery and gossip.

Desperate to salvage her reputation, Taylor persuades Evan to pretend they’re in a serious romantic relationship. After all, it’s better to be the girl who tames the wild surfer than just another notch on his surfboard.

The Way to Game the Walk of Shame is a feel good romance with tons of laughs and flirty banter. The comedy got me from the very first page, but the chemistry kept me engaged. 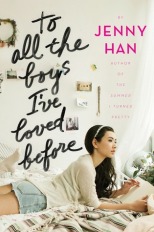 TIME TO CELEBRATE!!! The gorgeous new cover of Ballistic (Icarus Series, Book Two) is officially LIVE!! Cover artist L.J. Stock has outdone herself once again with this epic and enthralling design. It’s raw and honest, and truly embodies the force of nature that is this epic dystopian thrill-ride. Be sure to grab your copy today on Pre-order for the June 1st release and see why critics and readers alike are raving about the Icarus Series.

It’s been three days since Solar Storm Icarus silenced the world…three days since the GRS virus wiped out most of humanity and started changing the few who remained. Liv and the others made it through the initial wave, but they’ve lost a lot along the way and the journey to Salvation is far from over. A rogue military organization has taken hold of the area and they possess a weapon that could change everything.

When Liv finds out her brother and the other refugees are being held captive at Camp Seco, she will risk everything to get him back. As the group embarks upon a dangerous rescue mission, a rival band of survivors threatens their safety and a new storm gathers overhead. The virus has spread and the infected are being drawn together. What’s worse, the beast that lurks inside of Liv is growing stronger and more difficult to control. But Liv has a promise to keep–and her little brother is running out of time.

Will Liv be able to harness her strength to save her brother and the hundreds of other innocents beyond the walls of Camp Seco, or will she let the monster out and put them all at risk?

Haven’t read Killshot, yet? Now is the time to catch up!

Eighteen-year-old Jill Charron wakes up in a hospital room, leg in a cast, stitches in her face and a big blank canvas where the last 6 weeks should be. She comes to discover she was involved in a fatal accident while on a school trip in Italy three days previous but was jetted home by her affluent father in order to receive quality care. Care that includes a lawyer. And a press team. Because maybe the accident…wasn’t an accident. Wondering not just what happened but what she did, Jill tries to piece together the events of the past six weeks before she loses her thin hold on her once-perfect life.