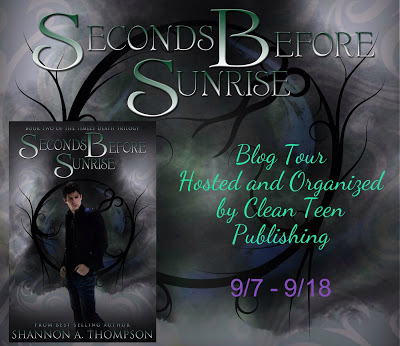 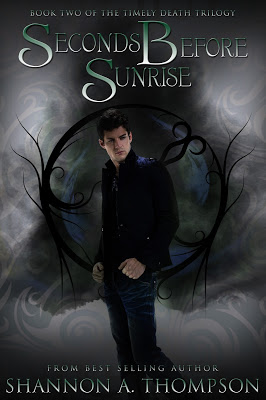 “Chaos within destiny. It was the definition of our love.”

Eric has weeks before his final battle when he’s in an accident. Forced to face his human side, he knows he can’t survive if he fights alone. But he doesn’t want to surrender, even if he becomes the sacrifice for war.

Jessica’s memory isn’t the only thing she’s lost. Her desire to find her parents is gone and so is her confidence. But when fate leaves nightmares behind, she decides to find the boy she sees in them, even if it risks her sanity.
Seconds Before Sunrise is the exciting sequel to Minutes Before Sunset by Shannon A. Thompson. Find out why readers are enthralled with the Timely Death Trilogy.

3/5 Stars
***I received this ebook as a gift in exchange for an honest review via the author and Clean Teen.
PROS:
CONS: 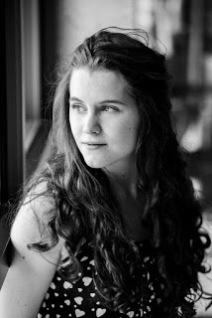 Shannon A. Thompson is a twenty-three-year-old author, avid reader, and habitual chatterbox. She was merely sixteen when she was first published, and a lot has happened since then. Thompson’s work has appeared in numerous poetry collections and anthologies, and her first installment of The Timely Death Trilogy became Goodreads’ Book of the Month.

Other books by Shannon A. Thompson 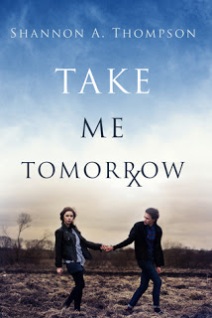 Grab your copy of Book One in the Timely Death Trilogy, currently FREE on Amazon! 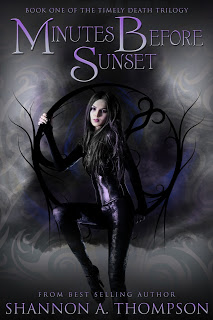 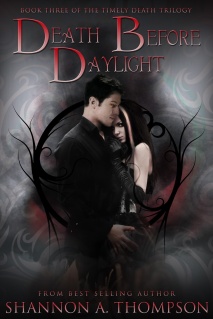 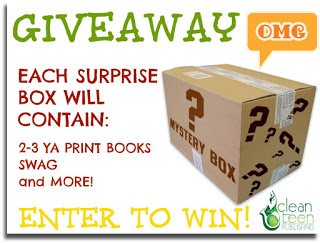 4 thoughts on “Review & Giveaway: Seconds Before Sunrise-Shannon A. Thompson”