Progress for Day 2 of Bout of Books read-a-thon was about the same as Monday’s. I didn’t like my formatting from yesterday’s post so here are the results:

Books Read: The Poison Eaters and Other Stories-Holly Black; The Girl with the Mermaid Hair-Delia Ephron

Reviews on both books pending 🙂

The Poison Eaters and Other Stories-Holly Black

Holly Black’s The Poison Eaters and Other Stories is comprised of 12 unique, cultural explorations into various supernatural beings and the dangers that come with them. What follows is a pictorial summary of each story and a brief paragraph summary. 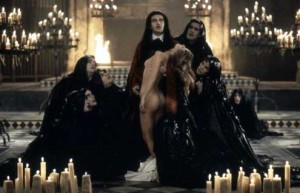 Set in a world where vampires have come out of the closet and live in domed palaces known as Coldtown, The Coldest Girl in Coldtown tells the story of Matilda, a teenage girl who has been bitten and is riding out the infection through self-induced intoxication. In this dystopian new world, the infection lasts for 88 days and if you’re able to fight it without biting someone, you will stay human. The only way Matilda knows how to numb herself from the urges is by getting stupidly drunk and she will degrade herself in all manners to get the alcohol she needs. When a guy from her past shows up and rescues her from a dangerous situation with two drunk guys wanting to party with her, her goal of self-preservation goes up in flames. He tells her that his sister has embarked only a recklessly stupid journey to become a vampire and that Matilda’s boyfriend Julian is with his sister, looking for her. Matilda is overwhelmed by her feelings for Julian and knows she must find him before he makes a mistake that will destroy him. Matilda infiltrates Coldtown but will she come out alive?

Nikki works at a candy store in the mall and has a serious case of summertime blues. Her friend who works at the goth store is ignoring her and her other friend is on a bizarre family road trip cross-country. Nikki only has her brother, a competitive eater and her pit bull. One day while riding the bus to work, Nikki is approached by an old man in a suit with a three-headed dog walking cane. While this is weird, what is most off-putting is that he smells worse than a sewer. When he tells her he’ll give her what she wants, she thinks he’s joking, but when her wish comes true she is more creeped out that dazzled. He tells her that if she ever needs him, she knows where to find him. When something terrible happens that threatens to destroy her chances at happiness, she makes a deal with the devil himself. Will Nikki be able to best the king of lies?

Alex loves facts. He’s not one for believing in the fantastical and only trusts information that seems true and is backed up in heavy books. Alex is on a family vacation to Jamaica reading a book about sharks as he glides over the deep waters on the cruise ship. Alex can’t help but be haunted by the one fact he’s come across that he can’t be absolutely sure about; a tiny white flower that is said to turn a human into a wolf with a single whiff. When his family arrives at the bonfire, he spots the white flowers he’s only ever seen is musky old library books. Will Alex be brave enough to risk the consequences of sniffing these magical flowers to check the facts?

Set in the Philippines, where the belief in elves is legendary though not widely known, Holly Black incorporates rich cultural superstitions and beliefs. Tomasa’s sister Eva is sick, possibly dying. One day while leaving an offering to the elves at a tamarind tree, Eva is shocked to meet an elf. Never having met an elf before, all the stories of the deceitful, vindictive behavior comes rushing back. Eva insults the elf and is cursed. Known for cursing or blessing on whim, Tomasa is certain that Eva’s story is true. Tomasa makes the journey to the tree with her offering to try to save her sister at the brink of death. She didn’t expect to meet the same elf that assaulted her sister, but when she does, his beauty captivates her. She knows she must convince him to save her sister but when her attempts fall flat she head to the night market. The night market is dangerous but full of wonderous things. As her last chance, she seeks out a potion maker. Is the potion maker all that he seems? Will Tomasa get a cure strong enough to break the elf’s curse?

Elienad is the King’s best kept secret. He is a spy that any regal would envy, uncovering the secrets hidden and whispered about in confidence, the clandestine touches, and gestures that suggest more than meets the eye. When a beast starts attacking children and ripping out their innards, the King makes a dramatic proclamation,, offering whoever slays the beast his throne. All Elienad wants is control of his life, will he be able to find the beast and kill it in order to claim the crown?

***Complete side note but Bronies. Lol. There’s a house in my neighborhood that is literally full of crazed My Little Pony obsessed bros. Their mailbox is pink with ponies and rainbows and tons of glitter. I understand that the ponies have a lot of really good morals and words to live by but come on!!

Jen runs the streets with her friend Tanya and her boyfriend. When she meets Zachary she is impressed by his juggling skills. From that point on they become friends, taking Zachary’s juggling money to buy hot tea to share. Zachary tells Jen a secret. Zachary lives deep in the woods and refuses Jen’s offer of shelter for the winter because of a unicorn. This is a source of amusement for Jen and her friends but Zachary really believes he is sharing the forest with a bona fide unicorn. Is Zachary insane or is he really sharing the woods with an ethereal horned beast?

The unnamed protagonist goes to a prep school and has all sorts of friend with his best friend Danny. They’re not the most popular guys in school so when the school  dance comes up they have a hard time finding dates. Instead of wallowing in self-pity, the boys decide to break in to Smythe hall. Right before their excursion into the B&E lifestyle, Danny calls and says he decided to go to the dance. The protagonist feels betrayed and thinks to hell with it. The night of the dance, he gets wasted on vodka and sneaks into Smythe. What he didn’t expect was that several hooded someones had the very same idea he did. Turns out that the Latin Club is a lot more sinister than he ever imagined. The Latin Club wants to bring Bacchanalia to the school dance as an act of ultimate revenge.

Several years after Rafael’s first love Lyle, committed suicide, he’s now a wealthy costume designer living in New York City. When he goes back to his childhood home to visit family, he is accosted by memories of Lyle. They had planned to run away and start a life together in the city. Lyle didn’t seem like the type to commit suicide and Rafael doesn’t know how to move on. He remembers right before the incident that Lyle talked about faeries, about finally finding them. Rafael goes to the spot where he suspects Lyle saw the faeries and is stunned to find a circle of dancing faeries, with Lyle among them. Will Rafael be able to rescue his long-lost love from the clutches of the icy fairy queen? 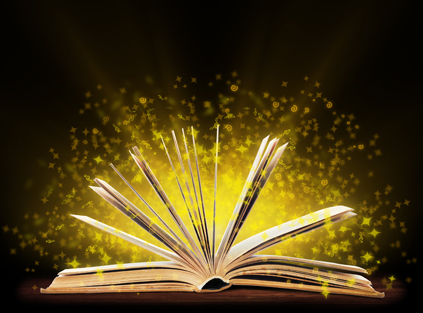 She told him she knew how to fold stuff up and put it in books. In the books, inside the stories themselves. She’d proven it to him. She put a single playing card into a paperback edition of Robin Hood. The Ace of Spades. Little John found it. He’d become convinced it was a sign that they would be defeated by the Sheriff  of Nottingham and hanged himself. The Merry Men were less merry after they found his body. Justin had looked at other editions of Robin Hood, but they were unchanged.

After Justin’s girlfriend Linda disappears inside a book, Justin will do anything to get her back. He goes to school for library science all to try to get a job organizing the massive library of Mr. Sandlin. Once he gets the job, he hides late at night and witnesses the books come to life.

Tells the harrowing tale of a fairy junkie waiting to get her next fix.

A tale set straight out of the Ironside world, familiar characters Val and Roiben are found at The Moon and Cup cafe. 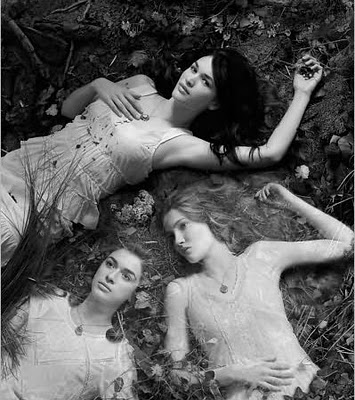 The story this collection is named after, The Poison Eaters is a bizarre story of three sisters who are forced to live off of poison. The girls are all part of their father’s sickening revenge plot against his childhood friend, now king. He gives each daughter a locket with a picture of her future love inside. The girls are giddy over the prospect of love and possibly getting married. What should be a happy time in darkened by the reality that their smallest touch will cause any living being to drop dead. This is the story of their twisted lives and their even worse demise.

If you liked any of the following, check this out: